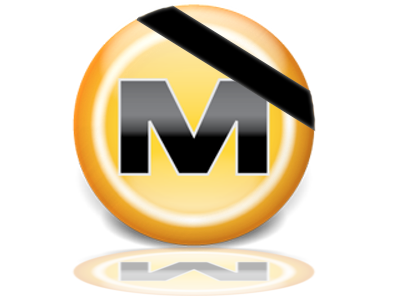 Anonymous in revenge quest, minutes after Megaupload went down:

Federal prosecutors in Virginia have shut down one of the world’s largest file-sharing sites, Megaupload.com, and charged its founder and others with violating piracy laws.

The indictment accuses the company of costing copyright holders more than $500 million in lost revenue from pirated films and other content. The indictment was unsealed Thursday, one day after websites shut down in protest of two congressional proposals intended to thwart the online piracy of copyrighted movies and TV programs.
Megaupload.com has claimed it is diligent in responding to complaints about pirated material.
The indictment says at one point, Megaupload was the 13th most popular website in the world.

There won’t be any file uploading to popular service Megaupload anytime soon, mega or otherwise. The site has been taken down today amidst FBI charges of criminal copyright infringement, according to the Wall Street Journal.

According to the report, this has nothing to do with the latest outrage against two proposed acts, Stop Online Piracy Act (SOPA) and the PROTECT IP Act (PIPA):

Investigators said there was no connection between arrests in their two-year investigation and the political firestorm that erupted this week over a pending vote on the Stop Online Piracy Act.

It was revealed today that the CEO of Megaupload is none other than Swizz Beatz, husband of popular recording artist Alicia Keys. The site is already battling multiple legal issues, and had a huge public run-in with Universal Music over a video it had posted on YouTube featuring music from some of its hottest artists.

Megaupload is a service that lets you upload and share files of any type or size, and has been accused of becoming a hotbed for the trading of copyrighted content, specifically full albums of music. The indictment referred to Megaupload as being one of the top 20 websites in the world at one point. The site is accused of causing over $500 million in lost revenue from “pirated” content such as music and movies.

So far, the FBI charges consist of seven suspects that work at Megaupload, and four based in New Zealand have been apprehended already.

The FBI has busted the alleged operators of Internet locker service Megaupload, which had become one of the most popular video destinations on the Web, according to a statement from the U.S. Justice Department.
Seven people have been named in an indictment and that four suspects have been taken into custody. They have been charged in northern Virginia with crimes related to online piracy.
In a statement issued by the U.S. Justice Department, the indictment alleges that the criminal enterprise is led by Kim Dotcom, aka Kim Schmitz, a German with a colorful history who was convicted of a felony but has repeatedly denied engaging in piracy.
Along with Dotcom, Kim Tim Jim Vestor, 37, a resident of Hong Kong and New Zealand was also arrested. Authorities say that Dotcom founded Megaupload and is the director and sole shareholder of Vestor Limited, which has been used to hold his ownership interests in the Mega-affiliated sites.
“This action is among the largest criminal copyright cases ever brought by the United States,” the Justice department said in a statement. The arrests “directly targets the misuse of a public content storage and distribution site to commit and facilitate intellectual property crime.”
In August, CNET profiled DotCom after he was sued by a porn studio and after film industry sources told me that Motion Picture Association of America (MPAA) had complained to law enforcement officials again that Megaupload was getting rich off of helping millions of people pirate films and TV shows.

This site uses Akismet to reduce spam. Learn how your comment data is processed.